Superheroes Are Just The Start For This Year's Comic Con Appearances 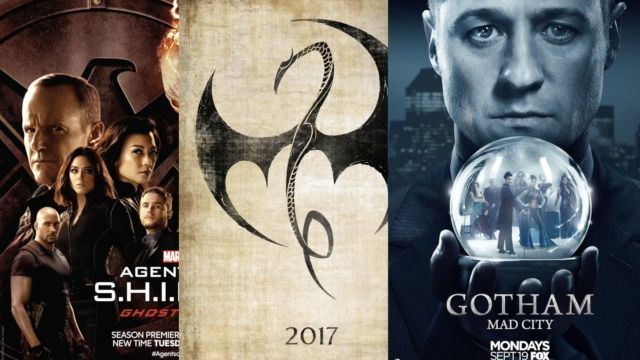 If you're in the Big Apple, there's a decent chance you've noticed plenty of costumed people on the street. That's because New York Comic Con has officially started.

It's a four-day event jampacked with enough pop culture panels and screenings to make any die-hard superhero fan salivate.

One of the most anticipated panels is for the upcoming 2017 film "War for the Planet of the Apes." 20th Century Fox released the film's first trailer just hours before the panel Thursday, where more film footage will be screened.

Another big movie panel? Lionsgate's take on the '90s TV show "Power Rangers." Posters were recently released for the film, so hopefully a trailer is on the docket next.

Some of Netflix's "Stranger Things" cast will be in attendance this year, and fans should keep their fingers crossed for any spoilers about the show's upcoming second season.

Casts and showrunners for long-running series like "The Walking Dead" and "Teen Wolf" will also be in New York.

Finally, Comic Con just wouldn't be Comic Con without some superheroes in attendance — in this case some TV superheroes like ABC's "Marvel's Agents of S.H.I.E.L.D" and FX's upcoming "Legion" series based on the X-Men comics.