About 1,500 Americans Went On A Float Trip And Ended Up In Canada 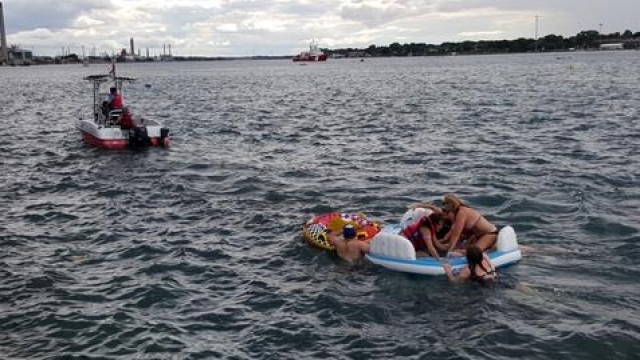 Note to rafters: You might want to stay off the water if there are high winds, or you could end up in another country.

About 1,500 Americans learned that the hard way.

They got on their favorite floats with their favorite drinks on Sunday to float down the St. Clair River. The rafters planned to float from Port Huron, Michigan, to Marysville, Michigan, for the annual Port Huron Float Down. Instead, they ended up across the river in Sarnia, Ontario, Canada.

Crossing a border illegally poses a logistical nightmare. But Canadian authorities seemed to handle it like pros.

The Canadian Coast Guard and local law enforcement officials sprung into action, rescuing stranded floaters and getting medical attention for those who needed it.

Even some local oil refinery and chemical company workers pitched in to help.

After transporting 19 busloads of Americans to United States Customs and Border Patrol, Canadian authorities could finally take a breath — and pat themselves on the back.

According to local police, everyone was accounted for and there were only minor injuries.

Sunday's party was likely one these Americans and our friends across the border won't forget.