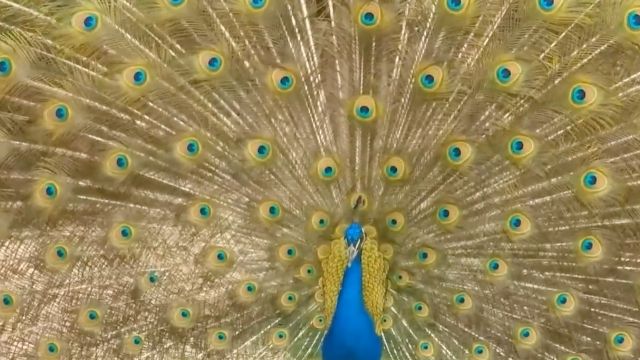 There's more to a peacock's flashy tail feathers than bright colors. New research shows what happens when the birds shake their tail feathers makes them even more mesmerizing.

The motion makes a peacock's blue eyespots hold still while the rest of the feather vibrates. The result is — well, just look at it. It's like a wavy wall of eyes.

The weird depth effects come from how the feathers are built. The eyespot bristles are denser than the rest of the feather, so they don't wave around as much when the peacock shakes its tail.

Eyespots are a big deal for a male peacock. The more he can make the patches stand out — through color or motion — the better his chances of finding a mate.