High Schoolers More Worried Than Ever About Finding Jobs 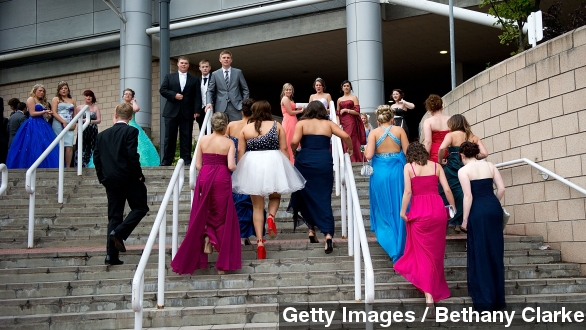 SMS
High Schoolers More Worried Than Ever About Finding Jobs
By Ben Levin
By Ben Levin
February 4, 2015
According to a new Gallup poll, more and more high schoolers say they aren't confident that they'll find a good job after graduating.
SHOW TRANSCRIPT

It's a time for prom and Friday night football, for band camps and, maybe, a first kiss.

But according to a new Gallup poll, high school is also a time for pessimism about the future. In a poll of more than 800,000 public high school students, fewer than half strongly agreed with the statement that they'll find a good job after they graduate.

The data shows a different story for kids in younger grades: 68 percent of 5th graders strongly agreed with the same statement.

But as a "good job" changes from wanting to be a "professional athlete" or a "ballerina" to a "lawyer" or an "accountant," well, teens get nervous — with a particularly steep drop in confidence among girls.

And at some level, it's hard to blame them: Although the job market is recovering, these kids grew up amid one of the worst stretches of unemployment in American history.

So, are the high schoolers onto something? Recent research suggests they are. A recent LinkedIn survey found only a quarter of Americans end up in the fields they dreamed about as kids.