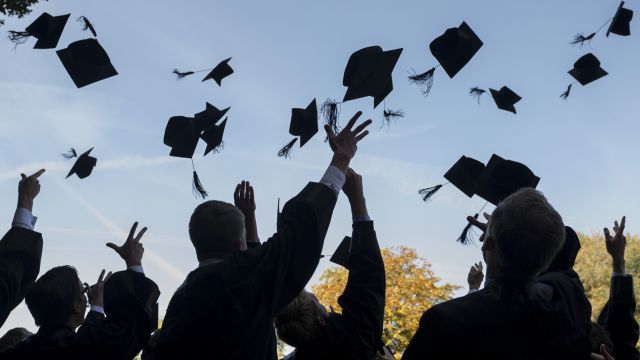 High school graduation is a time to look to the future and to reflect on where you came from. It's that second part that has some people buzzing.

In less than two weeks' time, two Texas high school valedictorians have used the monumental event to reveal to the world they're undocumented immigrants.

A McKinney student revealed her status while delivering her graduation speech.

That tweet quickly went viral, and after receiving both positive and negative feedback, the student deleted her account.

She also spoke to local media to clarify her immigration status. She told the Austin-American Statesman she has Deferred Action for Childhood Arrivals status. This means since she came to the U.S. as a child, she's allowed to work and study in the country.

An estimated 65,000 undocumented students graduate from high school each year in the U.S. A number of states — Texas included — have legislation in place that allows these graduates to receive in-state tuition at public colleges.