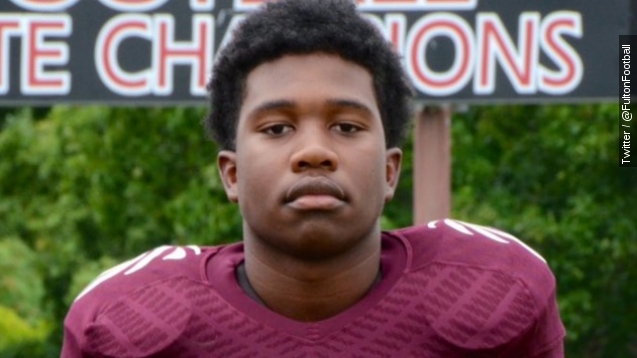 "Very contagious young man who was well-liked by his peers and his teachers," the Fulton high school football coach said.

Police have arrested 20-year-old Christopher Bassett in connection with the shooting. Another suspect died of gunshot wounds early Friday morning. (Video via WBIR)

According to the District Attorney's office, Knoxville has an estimated 1,500 gang members and 30 different gangs.

A friend of Dobson told WATE, “They’re killing kids. They need to let them grow up. Let us grow up."