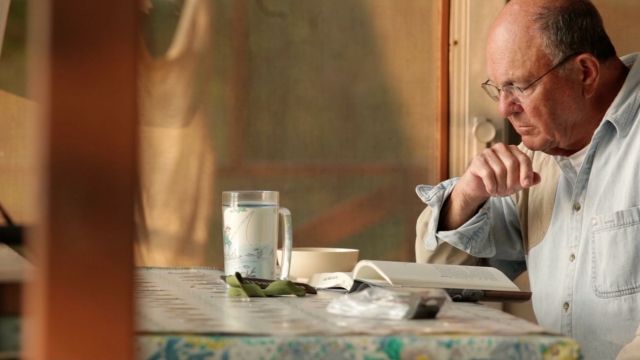 SMS
High School Degree, Healthy Heart Might Lower Your Risk For Dementia
By Ryan Biek
By Ryan Biek
February 11, 2016
Dementia rates were predicted to triple by 2050, but here's why in the future it might actually be easier to curb the condition.
SHOW TRANSCRIPT

Researchers have long thought that dementia rates will rise in the future, with some experts predicting the disease could triple by 2050. But a new study says two things might lower your risk — staying in school and having a healthy heart.

Researchers in Boston and France examined over 5,000 people during four different time periods, the first starting in 1977 and the last ending in 2008.

Over the course of the decades studied, the rate of participants who finished high school increased and cardiovascular health improved, while the rate of dementia fell.

The average age for when dementia was diagnosed also increased, from 80 at the beginning of the study to 85 at the end, and the overall prevalence of the disease dropped by 44 percent.

Interestingly, the health improvements were only found among those who had high school degrees. There wasn't strong evidence that getting a college education lowered the risk even more, but the study also included relatively few college-educated participants.

As for why education seems to lower the risk of dementia, there are a couple theories. One is education creates more connections in the brain. Another is it leads to higher incomes, which allows for access to better nutrition.

Combating the condition could prove less expensive than previously thought, as the enforcement of mandatory high school attendance has gotten stronger over time.

The researchers say the sheer number of dementia cases will increase for at least a while, though, because much of the "baby boomer" generation hasn't yet reached the average diagnostic age.

This video includes clips from the National Institute of Biomedical Imaging and Bioengineering and Alzheimer's Foundation of America and images from GreenFlames09 / CC BY 2.0.