High Heels May Be A Danger To Your Health 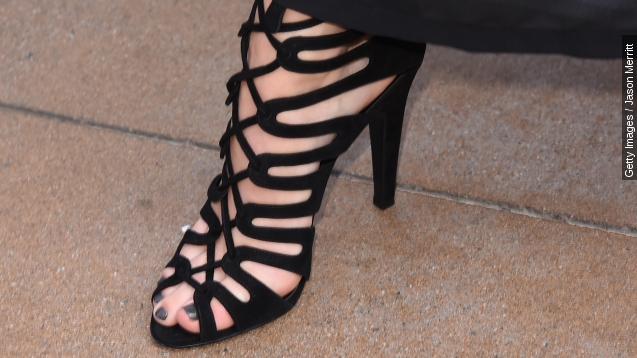 SMS
High Heels May Be A Danger To Your Health
By Mikah Sargent
By Mikah Sargent
June 9, 2015
Researchers from the University of Alabama found between 2002 and 2012, emergency rooms had treated 123,355 high-heel-related injuries.
SHOW TRANSCRIPT

Those fancy-shmancy high heels of yours might not be so great for your health.

According to a recent study from researchers at the University of Alabama, between 2002 and 2012, emergency rooms have seen a whopping 123,355 high-heel-related injuries.

In other words, it takes a small amount of data — in this case 3,294 high-heel-related injuries — does some statistical calculations, and cranks out an estimate: the 123,355 injuries we mentioned before.

The study, published in The Journal of Foot and Ankle Surgery, found most of the injuries were “sprains and strains to the foot and ankle” and happened mostly to women aged 20 to 29 years. (Video via YouTube / Michelle Phan)

One might assume high-heel-related injuries occur during a night out on the town, but the study’s lead investigator said the team found a particularly surprising tidbit:

“Nearly half the injuries occurred in the home, which really supports the idea of wearing the right footwear for the right occasion and setting.”

According to the American Osteopathic Association, high heels can cause a lot more damage than just a sprain or a strain. Ingrown toenails, damaged tendons, nerve damage, osteoarthritis of the knee and low back pain are just some of the possible complications that can arise.

So how can you protect yourself when you’re looking to add an extra inch or two?

The American Orthopaedic Foot and Ankle Society says you might want to cut back on those particularly high heels.

You should also limit the amount of time you spend in your favorite pair of heels, and opt for strapped shoes with an open toe — that will prevent you from getting ingrown toenails. (Video via Louis Vuitton)

You can learn more tips and tricks on the AOFAS website.