'Hey Arnold!': The Football Head Is Back In New TV Movie 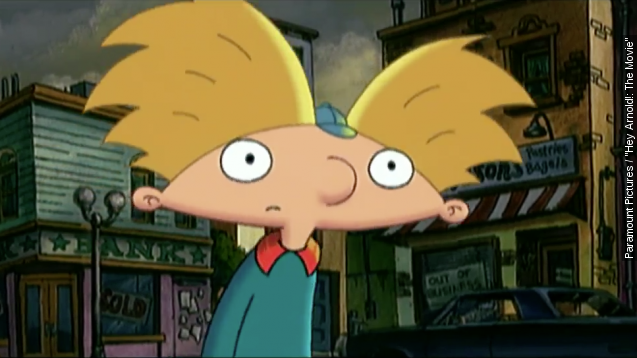 SMS
'Hey Arnold!': The Football Head Is Back In New TV Movie
By Jamal Andress
By Jamal Andress
November 23, 2015
Nickelodeon announced it's developing a "Hey Arnold!" TV movie, the latest in a string of reboots from the '90s.
SHOW TRANSCRIPT

If "Goosebumps," "Jurassic World" and "Teenage Mutant Ninja Turtles" weren't enough, guess who else is back?

Nickelodeon announced it's developing a TV movie based on everyone's favorite fourth-grader.

"Oh Arnold, what if the neighborhood is torn down and you move away and we never see each other again?" Helga says in the movie trailer.

"Hey Arnold!"'s first movie was released in 2002 but it bombed at the box office, only bringing in $5.7 million in its debut weekend. It has a 29 percent approval rating on Rotten Tomatoes.

Nickelodeon exec Russell Hicks says they are focusing on new programming, and that includes revamping what's in the vault, telling Variety, "Our library has come to fruition and it's time for it to start coming back to life."

That library includes everything from "The Wild Thornberrys" to "Rocket Power" and hopefully ...

This video includes video from Nickelodeon and images from Getty Images.