Here's Why The World Is Running Low On Snakebite Anti-Venom 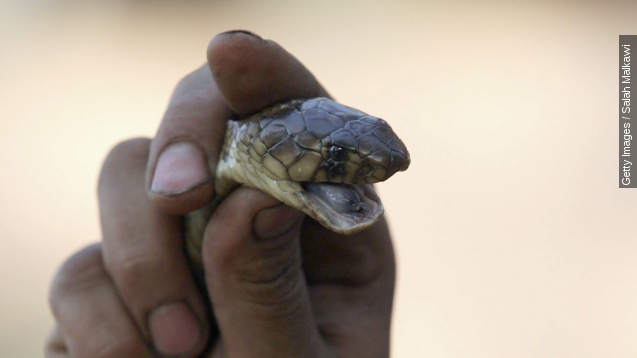 SMS
Here's Why The World Is Running Low On Snakebite Anti-Venom
By Samantha Crook
By Samantha Crook
September 9, 2015
An effective brand of medicine that treats bites from venomous snakes is running low. Here's why it might take a while to find a replacement.
SHOW TRANSCRIPT

Doctors Without Borders announced this week the supply of medicine that can save your life after a venomous snakebite is running critically low.

Sanofi, the manufacturer behind the safest and most effective anti-venom, called Fav-Afrique, is cycling through its last batch of the much-needed snake bite medicine. (Video via Sanofi)

According to Doctors Without Borders, Sanofi stopped production of the anti-venom in 2010 and the decision wasn't made public until years later. The last batch expires in June 2016.

Sanofi says it's offered the anti-venom-producing technology to other companies.

But shortages in anti-venom have actually been around for a while.

And it's often difficult to store, with specific temperature requirements that can vary by which species an antivenom is made for. And turns out, it's not all that profitable to produce.

"Most of the people who are bitten by snakes are poor and they live in rural areas. So they don't constitute a very profitable market," Polly Markandya of Doctors Without Borders said in a BBC interview.

Even when companies are willing to produce anti-venom, there isn't always predictable demand, such as in areas like sub-Saharan Africa where more venomous snakebites are reported.

According to one study, inaccurate data on how many people are bitten by snakes makes it difficult for governments and organizations to budget for medical intervention.