Here's Why The New York Times Is Handing Out VR Headsets 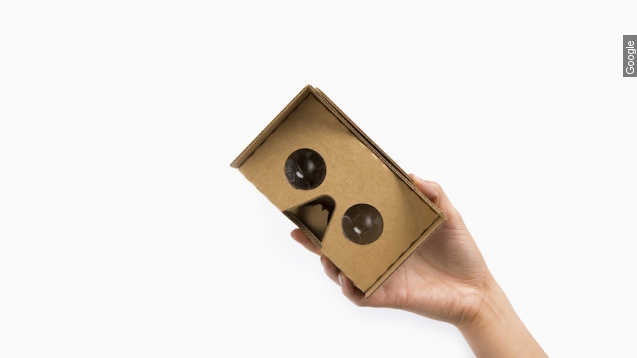 By Mikah Sargent
October 20, 2015
The New York Times is distributing a series of virtual reality films. Before it can do that, it's going to give away more than a million VR headsets.
SHOW TRANSCRIPT

The New York Times home delivery subscribers should be on the lookout for a special supplement in a few weeks.

The newspaper has partnered with Google to distribute more than 1 million Google Cardboard devices. Google Cardboard is an inexpensive virtual reality headset that's actually made of cardboard. (Video via Unbox Therapy)

It's nothing more than a foldable cardboard structure, some Velcro, a couple magnets and two lenses. All the virtual reality magic happens on a smartphone, which you slide into the front of the device.

The New York Times plans to release a series of virtual reality films to its subscribers — hence the Google Cardboard handout. (Video via The Verge)

The first film to hit Cardboards everywhere is called "The Displaced." The Times says the virtual reality film focuses on children who have been uprooted by war.

As we mentioned, Google Cardboard uses a smartphone to work its VR magic. According to VentureBeat, the Times plans to launch an app called NYT VR that will display the virtual reality films.

Google Cardboard headsets will be distributed to New York Times subscribers the weekend of Nov. 7. The VR app will be available Nov. 5. It's unclear when the film will be made available. (Video via TechCrunch)

This video includes images from Getty Images and Google.