Here's Why Target Is Planning To Cut Thousands Of Jobs 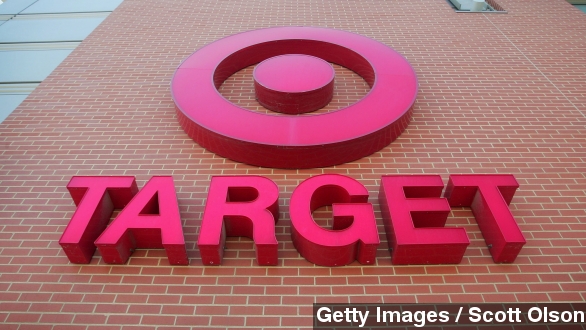 SMS
Here's Why Target Is Planning To Cut Thousands Of Jobs
By Christian Bryant
By Christian Bryant
March 3, 2015
Target executives announced the company would be eliminating "several thousand positions" in an effort to cut costs and reinvest in the business.
SHOW TRANSCRIPT

Target is planning to revamp its look and save money but executives say they'll have to fire thousands of employees to make that happen.

At a meeting Tuesday, Target executives announced a roadmap to transforming their business — which will include eliminating "several thousand positions over the next two years. " The company didn't specify exactly how many jobs will be eliminated. (Video via Target)

The cuts are part of a $2 billion cost-saving measure so that the company can reinvest money in areas that'll help grow its brand, like product categories and technological improvements.

Two other areas are CityTarget and Target Express — smaller versions of the retail store.

A writer for USA Today says the smaller formats allow for Target to tailor stores for specific markets — and they're profitable too: "While City Target stores are about 25% smaller than traditional Target stores ... they produce twice as many sales on average per square foot."

Target also plans to focus on the grocery aisle. Target will reportedly bring in more organic foods and craft beers to appeal to younger shoppers.

This is the second major announcement this year from Target, which is still recovering from the 2013 data breach and its failed expansion into Canada. The company announced in January it would close 133 stores in Canada.

"We are unable to map out a scenario which would allow Target Canada to generate positive profits or cash flow until at least 2021," Target CEO Brian Cornell said.

Target will reportedly open stores in 15 new locations and eight of those stores will be in the smaller formats.