Here's Why Lone Wolf Terrorism Is On The Rise 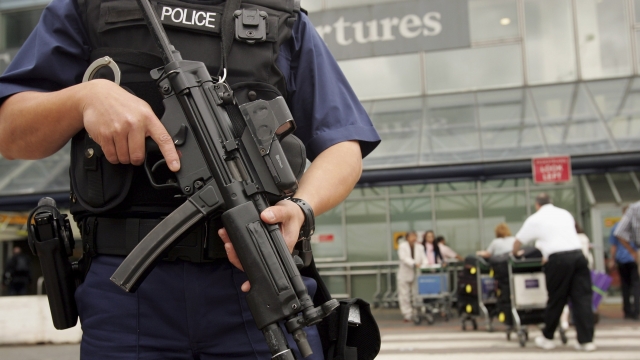 SMS
Here's Why Lone Wolf Terrorism Is On The Rise
By Ryan Biek
By Ryan Biek
May 10, 2016
A published researcher talks to Newsy about lone wolf terrorism and explains why it's so hard to stop.
SHOW TRANSCRIPT

U.S. Coast Guard Seaman and personal friend Cody Pajunen wrote a paper on the psychological basis of political violence. It was published by International Relations Insights & Analysis, a thinktank that promotes young scholars. I talked to him about the growing trend of lone-wolf terrorism. Pajunen, a recent graduate of California Polytechnic State University, spoke to me while he was at sea.

"Specific to ISIS, what we've been seeing a lot more is people taking up arms on behalf of the group without necessarily being part of the group itself.

"Lone wolf terrorists are completely autonomous actors, basically meaning that they operate on their own accord.

"They get their own weapons. They have their own communications systems.

"Technically, they are a part of ISIS, because ISIS claims credibility for their attacks ... And ISIS is a very effective broker of violence.

"By spreading their name and their label, more people are drawn to either supporting them or fearing them.

"So there's a lot of different resources that ISIS can accumulate from these lone wolf terrorist attacks.

"The thing with ISIS is people think that the violence is all derived from religion ... It's not necessarily that; it's socioeconomic, and it's relative deprivation. People are relatively disenfranchised. They don't have a lot going in their lives, and ISIS is able to effectively pick up on that.

"It's harder to just single out people, so you aggregate large amounts of data. That's what the government currently does. You know, people who've been recruited to ISIS, for instance, where they come from. What's their socioeconomic backgrounds? What their educational background is.

"Smaller-scale, lone wolf attacks under the banner of larger groups will become more common because they're so hard to detect.

"ISIS wants to propel this idea of a religious war. It is not that. You do not have to fear anyone in the Islamic faith ... the worst thing you could possibly do is to fear a religion, and then try to exclude that from your society."

This video includes images from Getty Images and clips from ISIS, ABC, Fox News, CNN, The Globe and Mail and RT.

Correction: A previous version of this video did not provide background information for Pajunen or disclose that he's a friend of reporter Ryan Biek's. This video has been updated.