Here's Why Gas Prices In The U.S. Are So Low 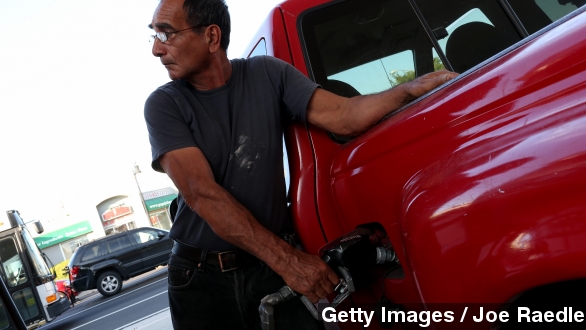 SMS
Here's Why Gas Prices In The U.S. Are So Low

Consider it an early Christmas present. This week, gas prices are their lowest since 2009.

The average gas price in the U.S. dipped down to $2.43 and there are stations in 24 states selling gas for under $2 per gallon.

This drop in price is thanks to an oil boom. The high supply has pushed the cost of oil down to about $60 a barrel. Back in June, the price was $115 a barrel.

The boom is a response to the high oil prices of 2010; the U.S. stepping up its crude oil production to combat those prices. By last summer, the U.S. became the largest source of crude in the world.

As this was happening demand for oil began tapering off in European and Asian countries as economies weakened and fuel efficiency increased.

Making things more severe, the Organization of the Petroleum Exporting Countries, which produces a third of the world's oil supply, decided not to cut back on production. That move sent gas prices down even further. (Video via OPEC)

And analysts say the decline has not bottomed out yet. Prices are expected to continue to drop through New Years.