Here's Why Coloradans Got A One-Day Weed Tax Break 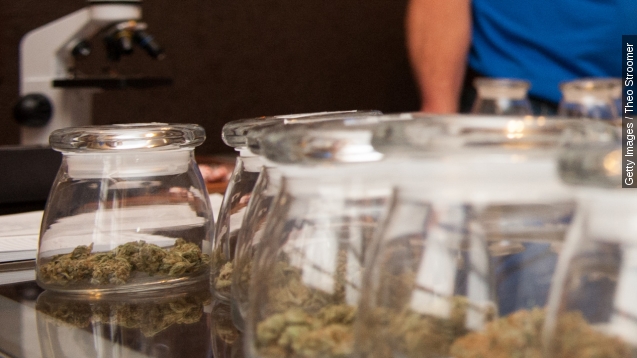 Coloradans enjoying tax-reduced weed Wednesday might have Conservatives to thank. (Video via KMGH)

The state owes taxpayers money, partly due to an amendment to Colorado's constitution. Lawmakers decided it would come in the form of cheaper recreational marijuana for a day. (Video via KMGH)

The state has made millions from taxes on marijuana, but not as much as expected. Still, overall taxes collected by the state ended up being more than what was originally projected.

Colorado's Taxpayer Bill of Rights, also known as TABOR, says taxpayers should get some of that money back. (Video via KMGH)

The legislation was championed by Conservatives and is described by the Bell Policy Center as "the most restrictive tax and spending limitation in the country."

It's aimed at keeping government small and making sure taxpayers have a say in where taxes are spent. But it makes for some challenging budgeting.

At a news conference earlier this summer, Colorado's Democratic governor described the consequences on marijuana sales taxes as a "fiscal glitch" and a part of the "magic of living in Colorado."