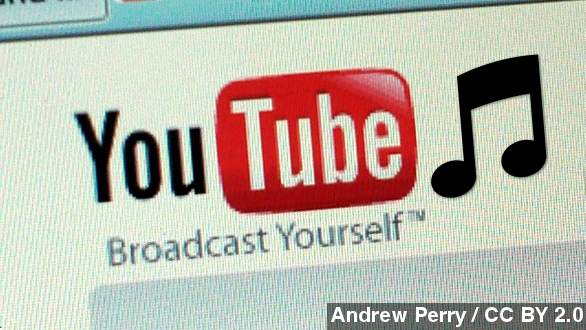 SMS
Here's Why A YouTube Music Service Makes Sense
By Mikah Sargent
By Mikah Sargent
November 12, 2014
After signing a deal with thousands of indie labels, YouTube is ready to tackle the music streaming market. Here's why it makes sense.
SHOW TRANSCRIPT

YouTube is one step closer to launching that music subscription service we've been hearing about for more than a year — at least as far back as March of 2013.

It's been a long, winding road of licensing deals and legal negotiations for the streaming video service, but if the reports are correct, we'll be seeing YouTube's take on a music subscription service in the coming weeks.

The Financial Times reports YouTube has signed a licensing deal with rights agency Merlin. It will give the company access to "thousands of independent record labels," including music from Adele, The xx and The Arctic Monkeys. (Video via XL Recordings Limited / Adele)

And if this headline from Mashable is any indication, that deal was the last of YouTube's biggest troubles — it's easy sailing here on out.

Normally, this is where we'd point out YouTube is entering a very crowded market. With services like Spotify, Rdio, Beats Music and Pandora to name a few, that much is true. (Video via Spotify)

But here's the thing: a music streaming service from YouTube makes a lot of sense, and it could find its way to the top of that crowded market pretty quickly.

For starters, YouTube and music pretty much go hand-in-hand. When you're looking for the latest music video from your favorite artist, chances are you're heading to YouTube. (Video via Big Machine Records, LLC / Taylor Swift)

And we can't forget quirky creators like Mystery Guitar Man, Walk Off The Earth and loads of others who've found their musical calling on the video streaming site. Some artists have even gotten recording deals after being discovered on YouTube — Justin Bieber, folks, we're talking about Justin Bieber.

Basically what we're saying is YouTube is a music destination. And since it also happens to be the third most visited site in the world, YouTube's music service has a lot of potential listeners.

Especially among the younger generation. Turns out YouTube is incredibly popular among teenagers. YouTubers are actually stealing the spotlight from your traditional movie stars. Teens are far more familiar with Smosh than they are with that one guy from "Titanic" and "The Great Gatsby."

Guess where teens do most of their music listening? You guessed it, it's YouTube. And guess which group of consumers listens to the most music? Yep, it's teens.

In other words Spotify, Rdio and the like might want to watch their backs. We're not saying ... we're just saying.