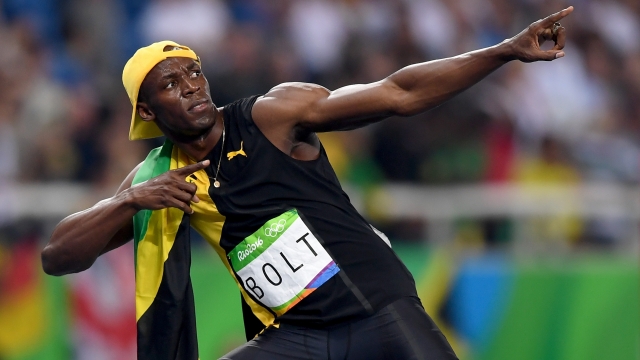 By Briana Koeneman
August 15, 2016
Usain Bolt's famous "To Di World" pose made its first appearance at the 2008 Beijing Olympics. And its origin is pretty simple.
SHOW TRANSCRIPT

Usain Bolt made history Sunday by becoming the first man to win the 100-meter dash in three consecutive Olympics.

And, of course, he celebrated his big win with his signature move — the "To Di World" pose.

Also known as the "Lightning Bolt" or just plain "Bolting," the gesture made its first appearance when the Jamaican runner burst onto the Olympic scene at the 2008 Games in Beijing.

The move made its way into commercials.

Celebrities from all over the world were doing it.

Even the tiniest of children were giving it a whirl.

"It's just a pose that I came up with. It's like Michael Jordan has one, I have one now," Bolt told SNTV.

And its origin is surprisingly simple.

The gesture actually comes from a Jamaican dancehall move that was popular back in 2008.

Bolt has said he's planning to hang up his running shoes for good soon.

But his legacy — including his famous victory pose — won't soon be forgotten.