Here's What You Need To Know About The Bridgegate Trial 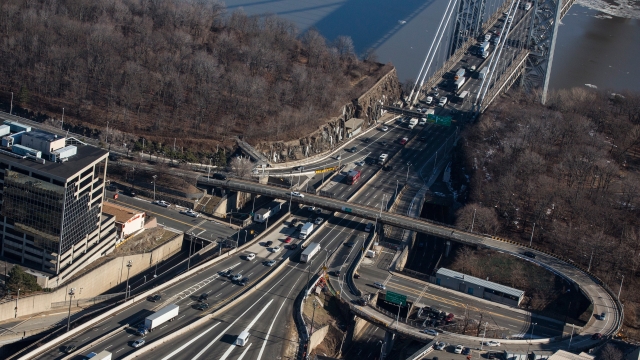 This week, the scandal is popping back into headlines as the trial of two people believed to be involved begins.

So what is Bridgegate?

It's a scandal surrounding the George Washington Bridge, which connects New Jersey and New York and is considered the busiest bridge in the world. For a four-day span in September 2013, drivers found themselves stuck in an epic traffic jam — two of three local access lanes on the New Jersey side of the bridge were shut down. The Port Authority of New York and New Jersey said it was due to a study on how to improve traffic flow on the bridge.

But prosecutors say that wasn't the case. They say the lane closures were politically motivated.

Specifically, they say the closures were retaliation for the mayor of Fort Lee, New Jersey — a Democrat — not endorsing Republican Christie in his re-election bid.

In May 2015, three people were indicted for their alleged involvement in the closures and subsequent traffic jam.

Wildstein replied, "Got it."

SEE MORE: Back At It? Anthony Weiner Finds Himself In Another Sexting Scandal

Wildstein pleaded guilty to conspiracy charges. He also implicated Kelly and Baroni. Both have called Wildstein a "liar" and maintained their innocence. Christie fired Kelly in January 2014.

To this day, Christie says he didn't know about the bridge closure. The Democrat-led state legislature didn't find anything to prove Christie had knowledge of the closure. Christie hasn't been indicted in the case, and he says he's not worried about what might come out at the trial.

"I put my head on the pillow at night knowing I've executed my office ethically and with integrity, and that's what this trial will show, too, no matter which way it goes," Christie told MSNBC's Brian Williams.