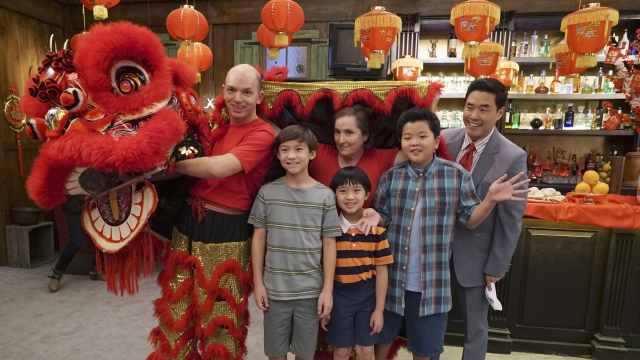 The Huang's are far from stale — just a little less "Fresh Off The Boat." The Asian-American family sitcom, the first on TV since 1994, just celebrated its one-year anniversary by introducing audiences to the first Chinese New Year on prime-time television. (Video via ABC / "Fresh off the Boat")

It's Chinese culture's most important social and economic holiday of the year. Yet, a lot of people have no clue what nearly one-sixth of the world's population celebrates.

That's exactly what the show sought to comically correct. And if you paid attention, you learned a lot about some of the more traditional customs.

For one, some may prep for Chinese New Year by cleaning their house. It's said to remove bad luck, oust lingering ghosts and bring wealth and good fortune.

Also with potential to bring wealth and good fortune include cutting your hair, using lion decor, eating dumplings or tangerines and wearing red.

Speaking of red, what do you know about red envelopes? Those crimson coin purses are typically shoved with crisp dollar bills and then given to kids as a sort of annual allowance.

It's really not that different than your grandpa hiding a 20 dollar bill in his hand when he greets you.

But perhaps most significant is what this means for the media. The show's matriarch, Constance Wu, told Vulture, "I know that it's historic, but one of the great things about our show is that we try and celebrate the Asian-American perspective instead of saying, 'We're just like every American' and neutralizing our race."

The show plans to make Chinese New Year an annual tradition, just as any other show celebrates Halloween or Christmas. Remember, this is something that more than one billion people celebrate across the globe annually.

The real holiday kicks off Feb. 8. And heads up: Don't wear black. Apparently, it's bad luck.