Here's What We Know About The 2016 Super Bowl Ads 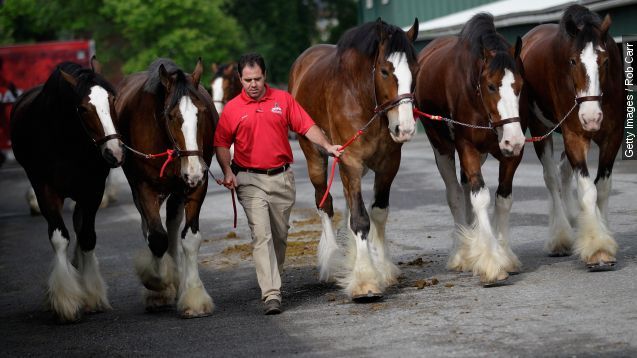 SMS
Here's What We Know About The 2016 Super Bowl Ads
By Katie Link
By Katie Link
January 11, 2016
Experts predict this year's Super Bowl commercials will have a lighter tone compared to last year.
SHOW TRANSCRIPT

Super Bowl Sunday isn't about "America's game," or team rivalries or all the good food you have at your neighbor's house while you watch. OK, well it could be about all those things, but it's also totally about the commercials.

If your main motivation for watching the game is to be entertained during the commercial breaks, you're not alone. According to a survey, a quarter of the more than 100 million Americans who watched Super Bowl 49 did so for the commercials.

In comparison, only about 12 percent watched for the halftime show. Sorry, Katy.

Advertisers know they have a huge audience with even bigger expectations. And history proves making that huge audience sad can backfire.

Let us refresh your memory. Nationwide Insurance ran this commercial that featured a child who turned out to be dead.

"I couldn't grow up because I died in an accident," the boy says in the commercial.

To celebrate its centennial, Dodge got a bunch of 100-year-olds together to share words of wisdom, though they sounded more like last words.

"Keep your eyes open and sometimes your mouth shut," a woman says in the commercial.

While most of this year's ads haven't been released yet, The New York Times reports overall, they'll be a heck of a lot more cheery.

Here's what we do know: Doritos is hosting its last "Crash the Super Bowl" contest, which lets people pick from one of three ad options on its site. This year there's an option for a Tinder spoof, an ultra-weird ultrasound and some cute dogs trying to get inside a grocery store to buy Doritos.

Colgate is reportedly using a version of this ad, which urges people to save water by turning off the tap while brushing their teeth.

And sadly, Budweiser is parting ways with the pup. The company's vice president of marketing for the U.S. told Bloomberg, "We've done the puppy commercials on the Super Bowl for the last three years and everybody loves them. They have zero impact on beer sales."

That's tough to hear. But the famous Budweiser Clydesdales are still expected to make an appearance so we at least have that to look forward to.