Here's What's Behind The No-Tip Movement At Restaurants 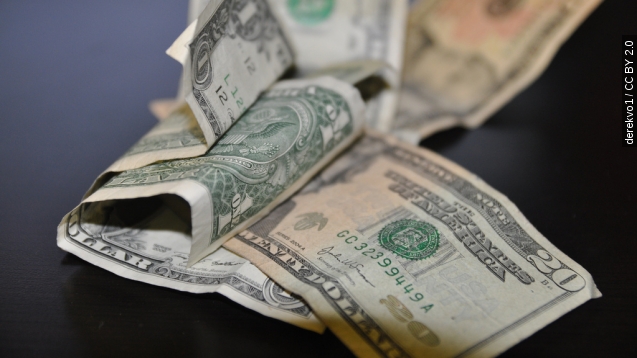 To tip or not to tip? That might be a question for some restaurant patrons, but restaurant owners are looking to take the option off the menu entirely.

The practice of tipping has been entrenched in American dining culture for decades and the no-tip movement could disrupt the longstanding cultural tradition of throwing in a few extra bucks for service.

Two of the most prominent arguments against tipping involve wage gaps and server pay.

Some restaurant owners say the wage gap between servers on the floor and the folks preparing your food has widened.

"When you leave a tip at any restaurant, not only is the waiter generally sharing it with all other waiters, but they're not allowed to share it with anyone in the kitchen," restaurant owner Danny Meyer told CBS.

Restaurant owner Danny Meyer might be talking about tip-pooling here, a system where employees give up a portion of their tips to be split among other employees. Here's the catch, though: labor laws prohibit tipped employees from sharing their take with workers who don't regularly get tips, like dishwashers or cooks.

Take into account how menu prices and tipping have increased over the years — and how tips can go unreported — and it's easy to see how cooks can get burned.

Another argument for banning tips puts the focus directly on servers. The people who rattle off menu specials and deliver our food can be paid as little as $2.13 an hour — legally.

The expectation is that tips will help make up for what servers don't get in their paychecks. But relying on tips to make a living wage is a gamble.

Many writers and researchers examining the service industry say how much a server is tipped is only loosely related to their performance — which is supposed to be the reason why we tip, right? Other factors that can affect tipping include whether you use card or cash, whether a server introduces themself, whether the server is black, etc. Again, none of that is really related to performance.

So, what does this anti-tip revolution mean for consumers? Well, let's bring it back to Meyer. He plans to nix tipping in at least 13 of his restaurants and says patrons can expect a 21 percent increase in menu prices, which will turn your $30 plate into a $36 plate.

But if tips go, so does table-top arithmetic. Never having to figure out 15 or 20 percent of your tab might just be worth the price hike.