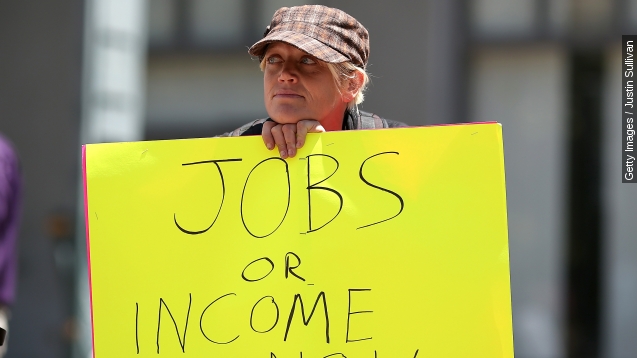 Republican candidates have been going after the government's unemployment numbers.

"Every time it comes out I hear '5.3 percent unemployment!' That is the biggest joke there is in this country," Donald Trump said at a campaign event.

Some say it's not reflective of the actual number of people out of work.

"The unemployment rate no longer means what it once did, especially when you take into account that the labor participation ... is as low as it's been in over 30 years," Sen. Marco Rubio argued.

That argument stems from the way unemployment is measured: If you're not actively seeking employment, you don't count as unemployed.

But that's how unemployment has been measured for decades, so trends in the number are far from meaningless. Especially when they're backed up by other metrics. (Videos via U.S. National Archives, CBS)

As CNBC points out, the Bureau of Labor Statistics, which publishes unemployment data, also measures U-6, which combines unemployment, underemployment and people no longer seeking employment.

As you can see, U-6 is higher than the BLS traditional unemployment rate, but it's trending the same way, and October's rate of 9.8 percent is the lowest it's been since 2007.

So while the unemployment measurement is flawed, that's not a recent development, and it doesn't negate recovering job numbers.