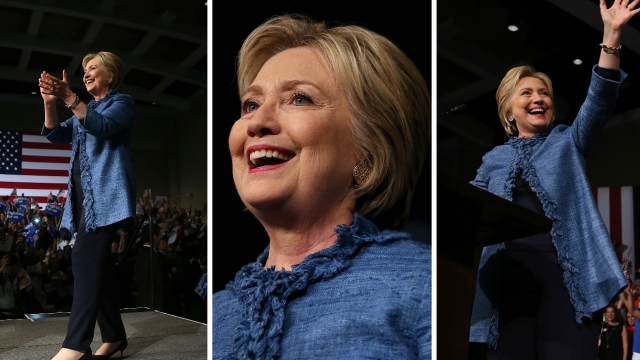 So we put together a mashup of Clinton smiling and not yelling. She actually smiled and didn't smile, yelled and didn't yell — just as most presidential candidates have done — during her 16-minute speech.

This video includes clips from C-SPAN, images from Getty Images and music from Frenic / CC BY 3.0.