Here's How The Presidential Candidates Reacted To The Orlando Shooting 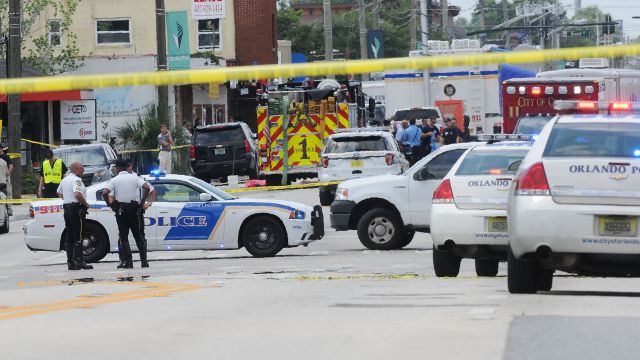 In the immediate aftermath of the Orlando nightclub shooting, all three presidential candidates spoke out about the tragedy.

In a statement on his website, Donald Trump criticized President Obama for not using the words "radical Islam," writing: "If we do not get tough and smart real fast, we are not going to have a country anymore. Because our leaders are weak, I said this was going to happen — and it is only going to get worse."

Orlando police identified the shooter as 29-year-old Omar Mateen. His parents are from Afghanistan, but he was born in the U.S.

On Twitter, Trump went back to his calls for a Muslim ban, tweeting, "What has happened in Orlando is just the beginning. Our leadership is weak and ineffective. I called it and asked for the ban. Must be tough."

Hillary Clinton's statement on Facebook called the shooting both an act of terror and an act of hate. She wrote, "We can say for certain that we need to redouble our efforts to defend our country from threats at home and abroad. That means defeating international terror groups."

The shooting inside the Pulse nightclub killed 50 people and injured dozens more. Investigators say Mateen was armed with a semi-automatic rifle and a handgun.

Clinton again called for change to U.S. gun control laws, saying, "Weapons of war have no place on our streets."

Sen. Bernie Sanders also called for an update to the nation's gun laws.

"I believe that in this county that we should not be selling automatic weapons which are designed to kill people. And we have got to do everything we can on top of that to make sure that guns do not fall into the hands of people who should not have them, criminals and people who are mentally ill," Sanders said Sunday on NBC's "Meet the Press."

This video includes images from Getty Images and clips from WFTS and WKMG.