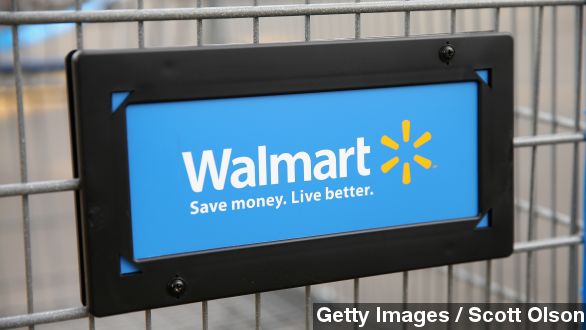 The Hells Angels ride motorcycles, but one priority this holiday season? Kids' bikes.

And so were other Fresno Hells Angels members — waiting in line for five days in a Fresno, California Wal-Mart. They were on a mission: buy every single bicycle in the place. (Video via Fresno Bee)

The group took advantage of Black Friday deals and bought hundreds of bikes for its annual Toy Run.

The bikes are going to Poverello House, a nonprofit helping the hungry and homeless.

The Fresno Bee says last year Poverello House gave out 3,500 toys on Christmas. Obviously, this year, we know some of those gifts are going to be bikes.

The Toy Run takes place December 6 ... though while the toys brought are for kids, the promotional poster is anything but kid-friendly.

The Fresno Hells Angels have been doing the toy drive for 16 years.