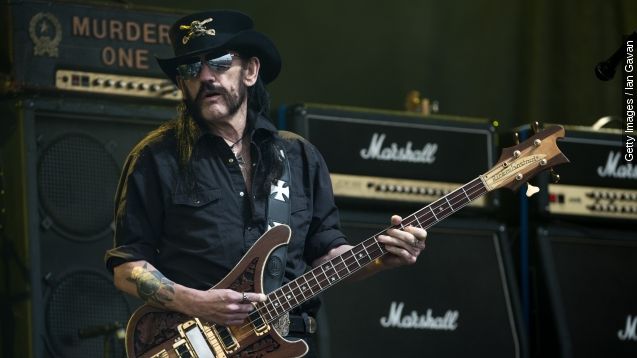 Heavy metal icon Lemmy Kilmister has died at the age of 70 from an aggressive form of cancer.

Born Ian Fraser Kilmister, he was the founder and frontman of the band Motörhead, best known for its 1980 hit "Ace of Spades." (VIdeo via Sony Music Entertainment)

The British singer and bassist was renowned for his hard-partying ways that endeared him to fans and fellow musicians alike. (VIdeo via Motörhead)

Ozzy Osbourne, who worked with Kilmister on his "No More Tears" album, told Rolling Stone: "People ask me, 'Who's the king of heavy metal?' And it would absolutely be Lemmy. Lemmy, to me, is the epitome of what being a rock star is all about."

Motörhead's official Facebook page said Kilmister learned about the cancer just two days before his death and passed while at home with his family in front of his favorite video game.

The band also requested for fans to "play Lemmy's music loud. Have a drink or few. Share stories. Celebrate the life this lovely, wonderful man celebrated so vibrantly himself. He would want exactly that."