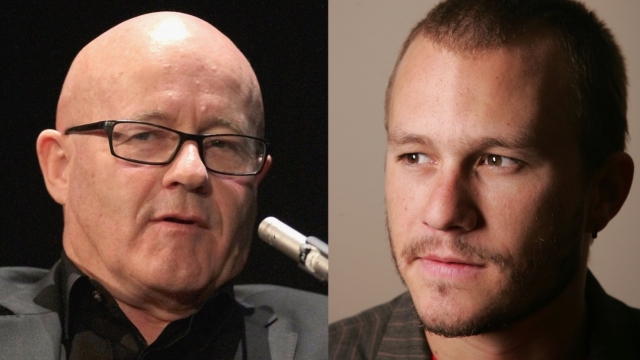 "Katie, Katie I'll be fine," were actor Heath Ledger's last words, according to his father, Kim.

Kim Ledger revealed the his son's final conversation with his family to Australian news website, news.com.au.

Heath's sister Katie apparently told him not to mix prescriptions, saying, "You can’t mix drugs that you don’t know anything about."

The next night, Ledger's body was found in his apartment in New York City. He was 28 and a celebrated actor with the promise of even more success.

"He comes at me with the knife, 'Why so serious?' He sticks the blade in my mouth. 'Let's put a smile on that face,'" Ledger says playing the Joker in "The Dark Knight."

After his death, Ledger won an Academy Award for Best Supporting Actor for his role as the Joker in "The Dark Knight."

According to a toxicology report, Ledger died from a combination of prescription drugs. The medical examiner ruled his death accidental.

Kim told news.com.au his son wasn't an addict but just made a mistake mixing drugs.

Ledger's work and travel schedule reportedly put a lot of stress on him. Kim said: "He was a young guy that traveled all the time for work. ... He was trying to work and travel and do everything in a short space of time."

Since his son's death, Kim has been trying to raise awareness about the dangers of prescription drugs.

Ledger left behind a then 2-year-old daughter, Matilda, he had with actress Michelle Williams.