Heap Of Skeletons Found In Centuries-Old Vault Under NYC 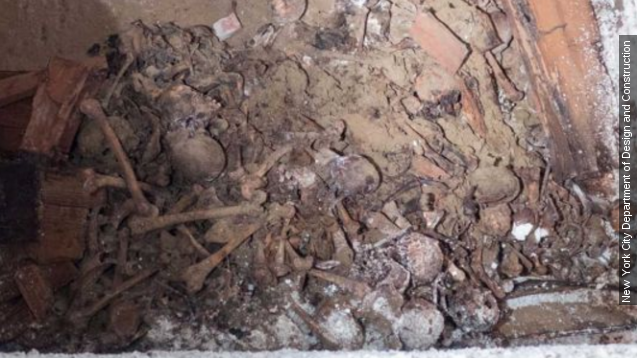 A heap of skeletons from more than a dozen people were found, and archaeologists and anthropologists are working to gather more information, including their identities.

"It is a little creepy, yeah," one resident told WCBS.

WCBS reports the vault was found mere steps away from an area that was used as a public burial ground after the Revolutionary War.

Excavators are still working to determine how significant the find is before construction on the water mains resumes.