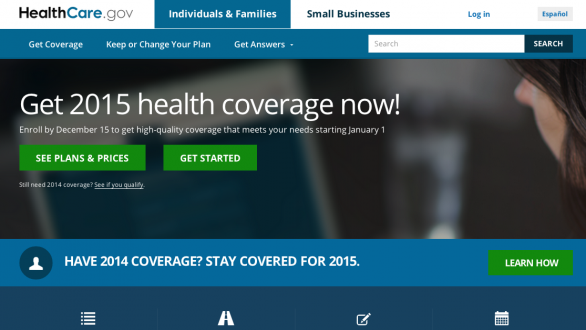 Healthcare.gov and online state insurance marketplaces are now enrolling in select states across the country, and it appears things are going a bit better this year.

Early Saturday, the first day of second round enrollment, there were reports the site would not let people log in to their new account. But the issue appears to have been resolved within a couple of hours. And it's a small hiccup compared to last year.

2013's online enrollment was riddled with technical issues and criticisms that the process was too confusing. But the president expressed confidence in this year's second round process in his weekly address.

OBAMA VIA THE WHITE HOUSE: "We've spent the last year improving and upgrading healthcare.gov to make it faster and easier to use."

Some states even offer local help through the enrollment process.

But this year does come with its own challenges. For one, the enrollment period spans three months — half the time given last year.

Then, the government is tasked with not only attracting new customers, but with working to maintain those who signed up last year.

The Obama administration has reached out especially to historically uninsured demographics, including young adults and minorities.

The administration has also encouraged Americans who already have plans to look at some of the options that are new to this year and see if they can find a better deal.

The same incentives as last year still apply: fees for not being insured along with tax credits for those who sign up.

The Washington Post reports, in the first eight hours of enrollment Saturday, about 23,000 people had completed applications. That's a bit more than the embarrassing first day figure from last year's enrollment, when only six people were successfully signed up.