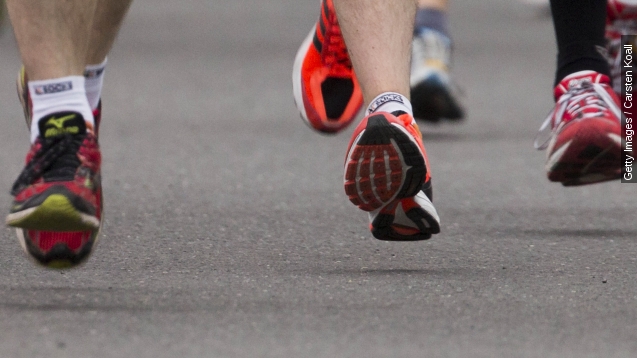 By Ben Lawson
November 12, 2015
Georgia High School Association officials say it wasn't the "religious nature" of the headband that got the runner disqualified.
SHOW TRANSCRIPT

A high school cross country runner wearing a headband with a Bible verse written on it was disqualified after finishing third in the Georgia state championship.

There was some backlash on social media over John Green's disqualification.

"My immediate reaction was that it just wasn't fair because John as a person is a hard worker and is very self-motived and wants to do well for the team," said Graham Bowers, one of Green's teammates.

The Georgia High School Association says the disqualification wasn't because of the "religious nature" of the headband. The rules state an athlete's headwear can't have any writing or logos on it.

Green's father told The Forsyth County News he doesn't believe it was about the Bible verse, either, but that the rules on headwear need to be re-examined.