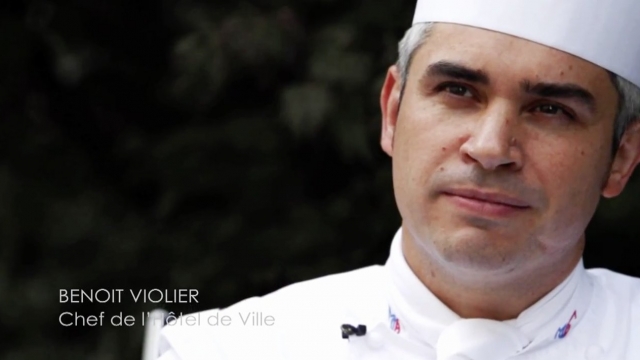 SMS
Head Chef Of World's Top-Ranked Restaurant Dies In Apparent Suicide
By Ryan Biek
By Ryan Biek
February 1, 2016
Benoît Violier's restaurant in Switzerland had just been named the best in the world by the esteemed La Liste in December.
SHOW TRANSCRIPT

Legendary chef Benoît Violier has died in what police say was an apparent suicide.

Authorities say Violier was found dead Sunday at his home in Switzerland.

The suspected reason for his death comes as a shock to many. France's esteemed La Liste had recently named the 44-year-old's Swiss restaurant the best in the world. (Video via Benoît Violier)

Many of the world's top-ranked chefs shared their grief and condolences on social media.

Some have speculated that the stress of maintaining elite rankings could have played a part in Violier's death. According to The Guardian, the chef spoke of that stress in a 2014 interview with Swiss channel RTS, saying, "It's my life. I go to sleep with cooking, I wake up to cooking." (Videos via Benoît Violier, RTS)

Out of respect for the family, authorities haven't released any more information regarding their investigation.