He Killed A Goat, Drank Its Blood And Wants To Be A Senator 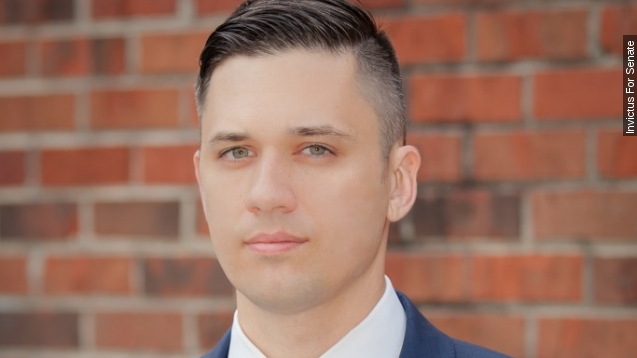 SMS
He Killed A Goat, Drank Its Blood And Wants To Be A Senator
By Katie Link
By Katie Link
October 5, 2015
A Florida Libertarian candidate running for U.S. Senate killed a goat and drank its blood two years ago. And now, it's coming back to bite him.
SHOW TRANSCRIPT

Meet Augustus Sol Invictus. That's not his birth name, by the way. He's a 32-year-old Orlando lawyer running for U.S. Senate who once killed a goat and then drank its blood.

Which is of course why we're bringing him up now. Invictus, whose name roughly translates to "The Unconquerable Sun God" in Latin, did the whole goat sacrifice thing as part of a pagan ritual ceremony.

This guy — Adrian Wyllie — recently resigned from his post as chairman of Florida's Libertarian Party in protest of Invictus' candidacy. In a long Facebook rant of sorts, he lists a lot of complaints, including what he characterizes as a "brutal and sadistic dismembering [of] a goat."

Invictus isn't denying he sacrificed a goat — but he is saying it was neither brutal nor sadistic.

He told Politico Florida, "I have never dismembered a goat in my life. I have performed animal sacrifices as part of my religion."

Invictus practices a religion called Thelema and was expelled from the fraternal organization — he says — for political reasons.

In any case, the whole thing is pretty bizarre. The seat Invictus is vying for — by the way — is Marco Rubio's old spot. So far, he's the only Libertarian in the race, though that could change, but the party has pretty long odds either way.