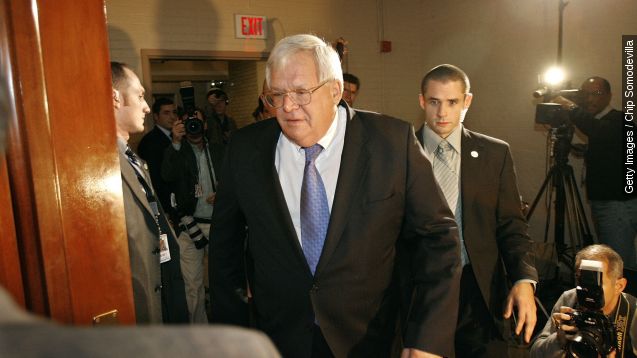 “I asked him, when was your first same sex experience. He looked at me and said, ‘It was with Dennis Hastert," Jolene Burdge told ABC.

The allegations against Dennis Hastert continue a week after news broke of his hush money indictment.

Steve Reinboldt's sister tells ABC he was abused by Hastert while in high school.

“He damaged Steve I think more than any of us will ever know?” Jolene Burdge told ABC.

The former Republican House Speaker is due in court next week, but not for the alleged sexual misconduct. He’s charged with violating federal banking laws and then lying to the FBI about it.

According to this seven-page indictment, Hastert agreed to pay someone identified only as "Individual A" $3.5 million "to compensate for and conceal his prior misconduct” against that person.

Various news outlets have since reported the misconduct was sexual in nature and dated back to his time as a high school teacher and wrestling coach in Yorkville, Illinois from 1965 to 1981.

One big question remains: who is Individual A, his potential blackmailer? We can say it's probably not Steve Reinboldt. Reinboldt died of AIDS 20 years ago, and according to the indictment, Hastert began making the payments to Individual A in 2010.

Throughout all of this, Hastert has remained silent, and we haven't heard from his lawyer, either.

The 73-year-old will make his first court appearance on Tuesday. If convicted of violating banking rules and lying to the feds, he’d face up to five years in prison for each of the two counts. (Video via Universal Peace Federation)