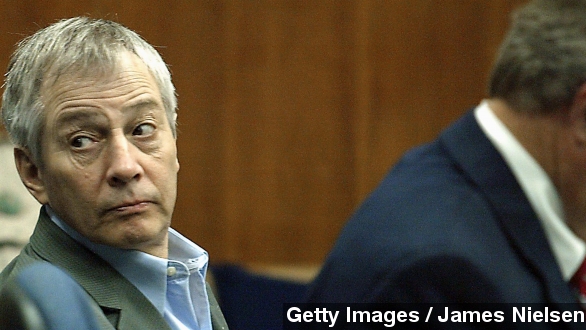 The most infamous member of the billionaire Durst family is in trouble again.

HBO's new documentary about Robert Durst, the son of a New York real estate mogul, has sparked a new legal investigation into the disappearance of his first wife, Kathleen, and the death of a close friend. (Video via HBO)

Authorities arrested Durst in New Orleans Saturday night, but the warrant for his arrest was issued in Los Angeles County, where Durst's close friend Susan Berman was found dead 15 years ago.

Durst was questioned in that case but never charged, despite speculation that Berman's death could have been connected to his first wife's disappearance.

In 2003, Durst went on trial for the 2001 murder of his neighbor Morris Black but was ultimately acquitted after arguing he killed in self defense. (Video via KTRK)

The key piece of evidence that sets HBO's documentary apart and may have sparked the new investigation is a letter Durst sent Berman's son, which has handwriting resembling a note found with Berman's body. (Video via HBO)

ABC's legal affairs anchor Dan Abrams said: "That becomes a crucial piece of evidence; I mean, they've been lacking that one thing to link him. They've always suspected it. They've felt it in their guts."

Durst hasn't exactly kept a low profile since his 2004 acquittal either.

Last year, Durst pled guilty to urinating on candy at a CVS pharmacy in Houston and was ordered to pay the pharmacy restitution. (Video via KPRC)

He also agreed to appear in the HBO documentary; the last episode airs Sunday night.