HBO Isn't Counting Out A 'Game Of Thrones' Spinoff 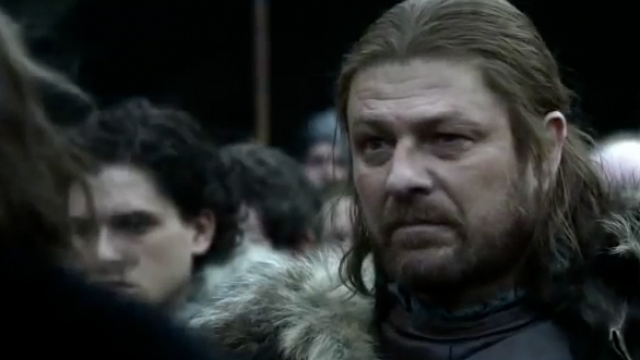 SMS
HBO Isn't Counting Out A 'Game Of Thrones' Spinoff
By Ben Lawson
By Ben Lawson
July 31, 2016
An HBO exec says "Game of Thrones" is nearing the end, but there might be more stories to tell in Westeros.
SHOW TRANSCRIPT

The end is coming for "Game of Thrones."

HBO's programming president Casey Bloys told Entertainment Weekly that the show only has two more seasons left before it's over.

But that might not be it for Westeros. Bloys also said HBO would be open to a spinoff series, but that hasn't been seriously discussed just yet.

So what exactly would a "Game of Thrones" spinoff look like? The likely choice seems to be reaching into the show's rich backstory.

The obvious route would be to tell the story of the rebellion that took place 17 years before the show started.

It would feature younger versions of familiar characters, like Ned Stark and Robert Baratheon, so it would be easy for fans to jump into.

Or a new show could explore the early history of the Seven Kingdoms. Like why there are seven separate kingdoms and how exactly that huge wall was built in the middle of the continent.

The show could also do something entirely different and tell a single character's story instead of spreading its focus to an almost ridiculous number of subplots.

Varys would be a great character to explore. We already know he has a dark past, and his story could be far enough away from the main storyline to give the spinoff's writers plenty of room to tell their own story.

Basically, just give us more "Game of Thrones." It could just be Tyrion trying to start a career as a stand-up comedian and we would take it.

This video includes clips from HBO / "Game of Thrones" and an image from Getty Images. Music provided courtesy of APM Music.