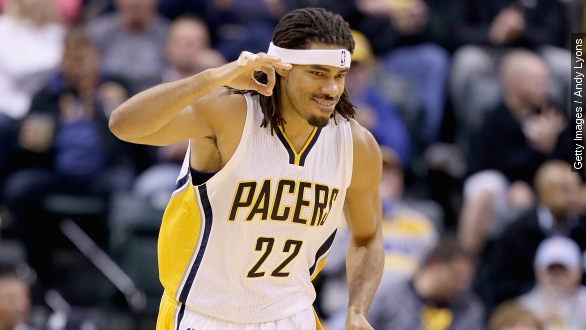 The two Hawks players were in town for a game against the Brooklyn Nets and were at the same nightclub as Copeland. They face misdemeanor charges including obstructing the police investigation and resisting arrest.

Neither player was involved in Copeland's stabbing and they believe they didn't do anything wrong. They released a joint statement Wednesday saying they plan to contest the charges.

Police believe suspect Shezoy Bleary, who has been arrested, slashed Copeland, his girlfriend and the other woman after an altercation outside 1 Oak nightclub around 4 a.m. Wednesday. (Video via WNBC, WCBS)

Thirty-one year old Copeland was stabbed in the abdomen and reportedly fractured his elbow. He underwent surgery Wednesday. One of the women, who is believed to be his friend, suffered wounds to her chest, arm and buttocks. (Video via TMZ)

All three victims were taken to nearby hospitals and are reportedly in stable condition with non life-threatening injuries. Copeland is expected to stay in the hospital for a few days. It's unclear when he'll return to the floor. (Video via WNYW)

Both Atlanta Hawks players at the crime scene appeared in court Wednesday and were released without bail. The NBA and the Hawks organization are investigating the incident.