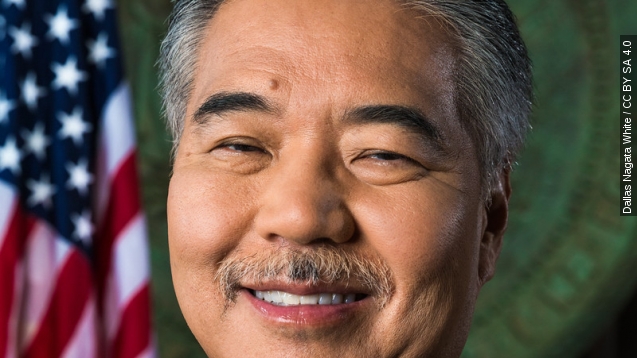 SMS
Hawaii Gov. Declares State Of Emergency To Help Homeless
By Samantha Crook
By Samantha Crook
October 18, 2015
The governor of Hawaii signed an emergency proclamation that will funnel over $1 million to help the state's homeless population.
SHOW TRANSCRIPT

The issue of homelessness in Hawaii has made the governor declare a state of emergency. (Video via State of Hawaii)

"We recognize this homelessness challenge is a crisis," Hawaii Gov. David Ige said at a press conference Friday.

Hawaii Gov. David Ige signed an emergency action this month that would funnel more than $1 million in state funds to address the issue, with a focus on expediting temporary shelter.

During the announcement, the recently appointed governor's coordinator on homelessness said Hawaii has the highest rate of homelessness per capita in the U.S., with an estimated 465 homeless people out of every 100,000.

This all comes after officials in Honolulu started clearing a large homeless encampment in the city last month. (Video via Hawaii News Now)

The American Civil Liberties Union sued over an earlier sweep for destruction of property and tried to stop the recent sweep in Honolulu. (Video via KHON)

Last month, New York City Mayor Bill de Blasio — whose state has the second highest rate of homelessness after Hawaii — told MSNBC he would dedicate $1 billion to help the problem over the next four years after he came under fire for underplaying the issue. (Video via MSNBC)

"New York has always been a thriving beacon of opportunity, but in recent years, too many have fallen behind," said a narrator in a video put out by Mayor Bill de Blasio.

New York City alone has more than 3,000 homeless people, or close to half of Hawaii's homeless population. (Video via WNYW)