Having A Pet Dog Might Help Prevent Anxiety Disorders In Children 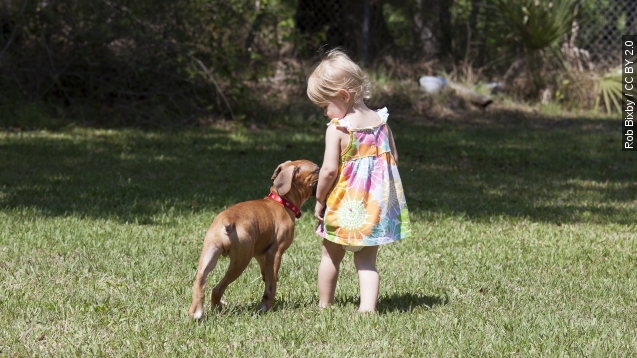 SMS
Having A Pet Dog Might Help Prevent Anxiety Disorders In Children
By Ethan Weston
By Ethan Weston
November 26, 2015
A new study suggests that having a pet dog might lower kids' chances of experiencing childhood anxiety disorders.
SHOW TRANSCRIPT

Scientists already knew owning a dog could give a boost to mental health conditions in adults. But little research has been done with regard to children.

They found only 12 percent of the children with dogs at home showed signs of childhood anxiety. For those without dogs, it was 21 percent.

Study author Anne M. Gadomski suggested that interactions with dogs could cause the release of a hormone called oxytocin. Among other things, oxytocin can help lower physical responses to stress.

The scientists noted that their findings don't establish a causal relationship.

Anxiety disorders affect 1 in 8 children. So the researchers hope this study can be a jumping off point for future studies into helpful childhood therapies. (Video via Seattle Children's Hospital)