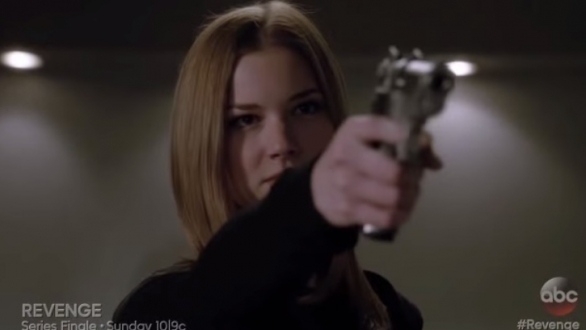 SMS
Have Streaming Services Kept Good Shows From Dying?
By Jasmine Bailey
By Jasmine Bailey
May 9, 2015
Dozens of shows have been canceled this month to make room during the fall. But with streaming service reboots, do they ever really die?
SHOW TRANSCRIPT

This week we've seen TV shows getting cut left and right — including some of my favorites.

Dozens of shows have gotten the axe — pushed aside to make room for newcomers.

And hey, even though we have to go through this every May, at least we got to keep some good ones.

The new shows might not be able to fill the void left by “Glee” or sooth your aching taste for “Revenge,” but remember it’s 2015 and, in this digital world, nothing ever truly dies.

We reported earlier in the week “The Mindy Project” was getting booted from Fox. And while fans were not happy — the show is reportedly in talks to be picked up by Hulu.

Hopes are high, especially after the show’s star, Mindy Kaling seemingly dropped a little hint to InStyle’s editorial director, saying, "I can just say that I don't think it's over for these characters."

Then there’s “The Following,” also cut by Fox.

Kevin Bacon shared the bad news of the show's cancellation on Twitter Friday.

But just like “The Mindy Project” there’s rumors the show is shopping new episodes to Hulu — whether it has a big enough fanbase to ensure its success is a whole different story.

According to TVLine "The Following’s" followers have dwindled quite a bit since it premiered back in January 2013. And thus far we haven’t seen anything pointing to an official announcement.

And it's not just recent cancellations that are getting resurrected. Streaming services are digging deep into to the past to bring back some old favorites.

Like “Fuller House” — a spin off of “Full House.” That show is slated to make it’s debut on Netflix next year.

Next month “The X-Files” will start filming for its 2016 comeback. That show will be available on Netflix, Hulu and Amazon.

And really what better time for shows to make a move to online streaming platforms? This year Netflix saw a record jump in subscribers to 60 million with 10 billion hours of streaming video content as of quarter one.

With numbers like that, it seems there’s lots of room to grow in the digital space. So if a show you just can’t live without won’t be making a return on TV, remember: never say never.