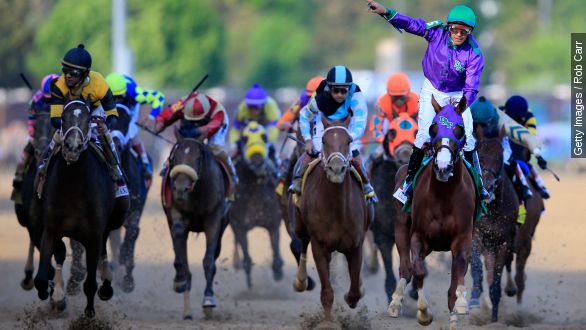 As horse racing fans across the country gear up for the 141st Kentucky Derby, here's a look at the history of the race's most iconic traditions.

When it comes to race fashion, we have England to thank for the over-the-top hats women wear at The Derby. (Video via Fashion At The Races)

The Derby was modeled after racing at England's Epsom Downs.

But winning horses have a famous fashion statement of their own – the garland of roses.

The Kentucky Derby says the garland as it's known today was introduced in 1932 for the 58th running.

It takes more than 400 roses to create the coveted prize.

And most Kentucky Derby parties wouldn't be complete without a mint julep. (Video via Allrecipes)

The Derby says nearly 120,000 mint juleps are served each year at Churchill Downs during the two days of races. (Video via Howcast)

But the outlet also points out The Derby is making a big switch this year to return to bourbon and the proper julep tradition. According to The Derby, it will take 1,000 pounds of fresh mint and 60,000 pounds of ice to make all those drinks.