Hate Math? You Can Still Enjoy Your Piece Of Pi Day 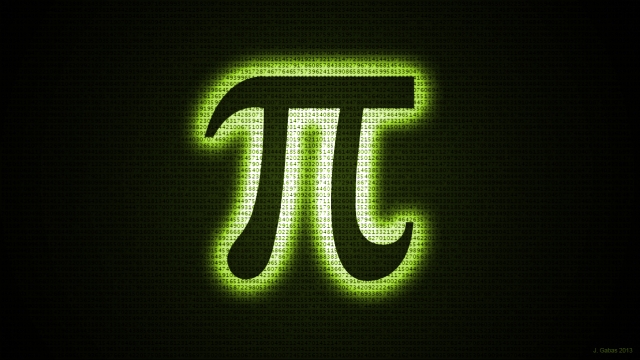 Happy Pi Day! It's a reminder that this Greek letter made you sweat over circles while math geeks said stuff like this.

Today is March 14. When written out numerically, it looks exactly like pi, which equals 3.14. But if you don't love the mathematical constant that represents the ratio of a circle's circumference to its diameter, here are a few more reasons why you can still party it up on Pi Day.

It's the day of math-inspired deals, and it could quite literally get you pizza for 3.14 years. Pizza Hut is offering a deal on its blog to whiz kids 18 and older. It's a pop quiz of sorts, and if you answer the problems correctly, you could win $4,800 worth of Pizza Hut pie, which by the company's estimate is enough pizza to last you 3.14 years.

If you lose that contest, you can still eat your feelings in the name of math. Whole Foods knocked down the price of its large pies by a whole $3.14.

Deals also expand into tech. Microsoft discounted one of its Dell laptops by 31.4 percent today, knocking its XPS 13 model down by $300.

So go out and enjoy this beautiful day the mathletes have made. They've calculated it to be a good one.

This video includes clips from YouTube, Pizza Hut, Whole Foods and Microsoft and an image from J. Gabas Esteban / CC BY 2.0.