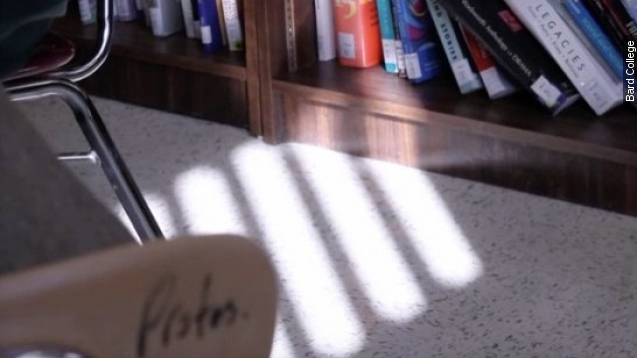 The competition was sponsored by Bard College and took place last month. Three undergraduates from Harvard — whose debate team took home the world championship last year — squared off against three prisoners from Eastern New York Correctional Facility, all of whom were convicted of violent crimes.

The inmates weren't even able to use the Internet to prepare for the debate. They also had to argue on behalf of a view they reportedly oppose: that public schools should be allowed to deny education to children of undocumented parents.

The prisoners had good teachers, though. Bard College has had a program with the prison for over a decade. The school believes earning a college degree is the best way to prevent recidivism.

This wasn't the inmates' first big win. They previously beat the U.S. Military Academy at West Point and the University of Vermont.

A member of the prison's team told The Wall Street Journal, "We might not be as naturally rhetorically gifted, but we work really hard."

Harvard's team wrote on its Facebook page, "There are few teams we are prouder of having lost a debate to than the phenomenally intelligent and articulate team we faced."

Perhaps a rematch is in the teams' futures.