Harvard Grads Get Paid More Than Yale Grads, But Neither Win 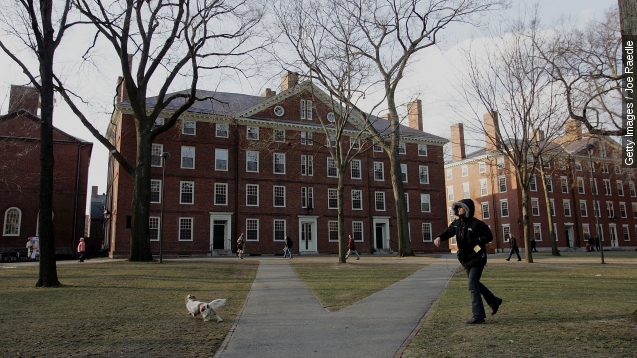 SMS
Harvard Grads Get Paid More Than Yale Grads, But Neither Win
By Christine Slusser
By Christine Slusser
August 27, 2015
PayScale analyzed data on graduates with bachelor's degrees to see how much they were getting paid both early on and later in their careers.
SHOW TRANSCRIPT

You'd think a degree from Yale would be a sure bet for landing a high-paying job. And although it might ...

You may not make as much as someone who went to, say, Harvard.

PayScale, a company that has amassed a database of compensation data, ranked more than 1,000 colleges based on the average salaries of millions of graduates.

Yale wasn't even in the top 40. Harvard was tied at No. 3 with the United States Naval Academy.

Harvard grads with a bachelor's degree and zero to five years of work experience made an average of $61,400 a year. Ten years down the road, Harvard grads were making $126,000, on average.

The No. 1 spot — which you probably wouldn't have guessed — goes to the State University of New York Maritime College. Heard of it?

A close second place went to Harvey Mudd College in Claremont, California, which actually topped this list the past three years. Graduates made more right out of the gate than those at SUNY Maritime, with a $78,200 salary. After ten years, though, their average pay was $133,000 — $1,000 less than the No. 1 pick.

Both of these colleges are small and have strong engineering programs. Apparently, it pays to be an engineer.

Dead last, in 1034th place, was a private religious school called Shaw University in Raleigh, North Carolina. After 10 years, graduates were only getting paid an average of $43,200.