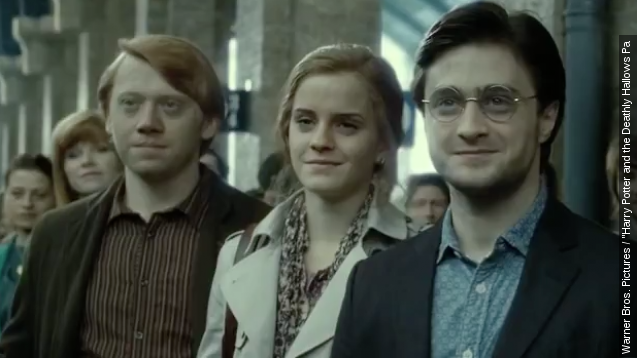 We finally have details about the Harry Potter play coming from J.K. Rowling, and it's exactly the story Potter fans have been clamoring for since they put down the last book. (Video via Warner Bros.)

"Harry Potter and the Cursed Child" will pick up 19 years after the seventh book, and it will focus on Harry and his youngest son, Albus.

The website says it will follow Harry as an overworked employee at the Ministry of Magic and Albus as he struggles with the legacy he inherited from his father.

And it sounds like there is a lot of story here. Rowling said due to its "epic nature," the play has two parts that are meant to be viewed on the same day or on consecutive evenings.

But this is a play after all, so don't expect the same special effects spectacle from the movies. (Video via Warner Bros.)

One of the producers told The Daily Mail, "Because it’s a play, it’s worth stressing that at this stage of the process it’s not our intention to have a high-tech show, but to go back to basic story telling."

So it looks like it's going to be a much more character-driven story this time around. It opens at the Palace Theatre in London on July 30, 2016, where no doubt, mischief will be managed.