Harry Potter Is All Grown Up In Latest 'Cursed Child' Photos 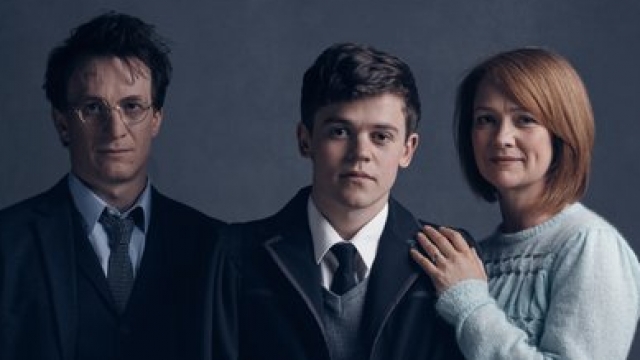 We finally know what a grown-up Harry Potter looks like thanks to cast photos from "Harry Potter and the Cursed Child."

The play, which is a sequel story set 19 years after the Potter books wrap up, follows Harry and Albus during his first year at Hogwarts.

In the story, Harry is apparently grappling with "a past that refuses to stay where it belongs." We're definitely getting that vibe from these photos.

But at least Albus and Ginny don't look quite so gloomy.

We already know Paul Thornley will be the play's Ron Weasley, and Noma Dumezweni will be playing Hermione Granger. But for the most part, news about the cast has been pretty slim.

The play is set to officially open July 30 in London, and the script will be published as a book July 31.