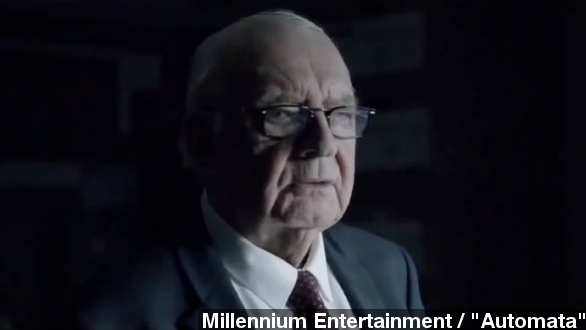 Actor David Ryall, known for his numerous roles on TV and the big screen, has died at the age of 79.

Ryall had an illustrious, five-decade long acting career, most of which took part in British TV and movies.

The BBC points out some of his biggest roles being in the movie "The Elephant Man" and TV shows, The Village and Outnumbered.

Ryall's last role, according to IMDb, was playing Dominic Hawk in the 2014 movie "Autómata." (Video via Millennium Entertainment / "Autómata")

"Who else knows about this?" Ryall's character said in the movie.

Actor / writer Mark Gatiss broke the news of Ryall's death on Twitter, saying he passed away on Christmas Day.

No cause of death has yet been reported. He is survived by his three children.