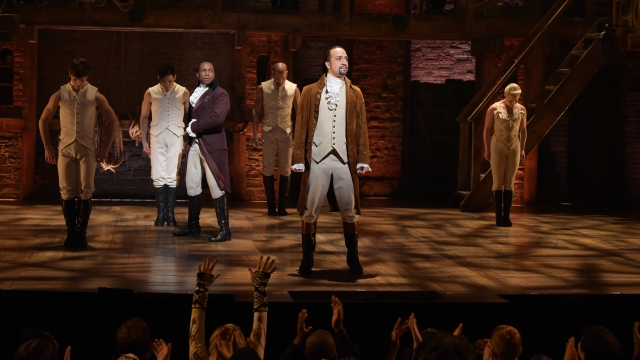 "Hamilton" just broke a Broadway record for the most money made by a show in one week.

Through eight performances the week of Thanksgiving, "Hamilton" earned almost $3.3 million. The previous record holder, "Wicked," earned $3.2 million in a week in 2013 but had nine performances.

Plus, "Hamilton" took another record for most expensive premium ticket price ever for a Broadway box office — $998. And resellers were charging even more.

But "Hamilton" could break its own record later this year. The week between Christmas and New Year's is usually Broadway's highest-selling.

"Hamilton" is expected to beat out "The Lion King" for the highest-grossing show this season.