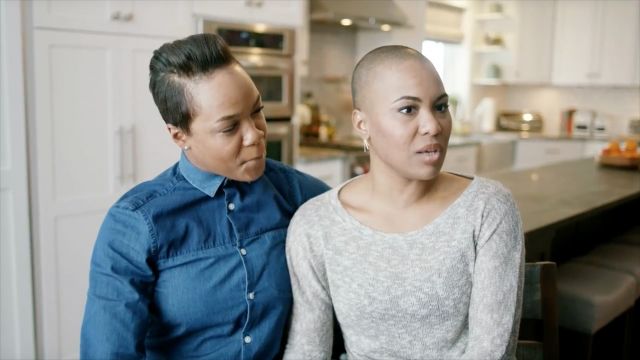 With Valentine's Day rapidly approaching, Hallmark's marketing department is going into overdrive — and making sure no couples feel left out.

"For me, what's happened between Jason and I is more than love. It feels like we've connected as family," a man in a Hallmark commercial said.

For their "One Card, Many Backstories" campaign, Hallmark had six couples exchange cards and share their stories of finding love. Among those couples were Robin and Jason, a gay couple raising a daughter, as well as lesbian couple LaParis and Karisia.

Hallmark has been working to improve the diversity of its romantic cards; their Spectrum card line caters to same-sex couples, and last year's slew of Hallmark commercials also featured a lesbian couple.