Haiti Wants Help After Hurricane Matthew — But Not From This Group 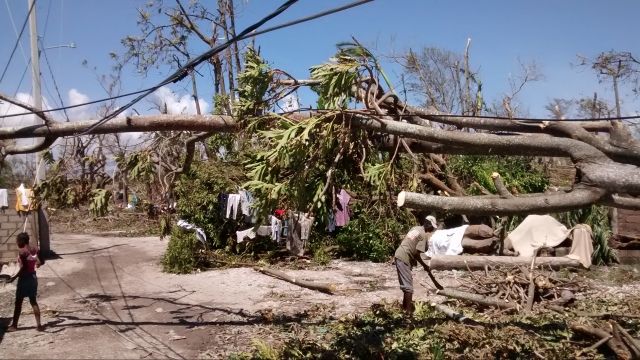 As relief efforts move to help survivors, some are wary of aid from the American Red Cross. Here's why.

According to several reports published last year, the Red Cross raised nearly half a billion dollars to help Haiti after a massive earthquake in 2010.

But three years later, it was unclear exactly where all that money went. Investigations found it had only built six of the 700 new homes it promised.

A lot of funds were also reportedly spent on international relief staff instead of local professionals who know the country and its needs.

And as conditions continue to worsen post-Matthew, citizens are urging donors to send money to local relief organizations instead.

A former development worker in Haiti told The Washington Post, "There are local organizations on the ground that can mobilize quickly and more effectively than an organization parachuting in from Washington or Europe."

The American Red Cross said last week it's partnering with the Haitian Red Cross to give people on the island food, water, hygiene kits, mosquito netting and other supplies.