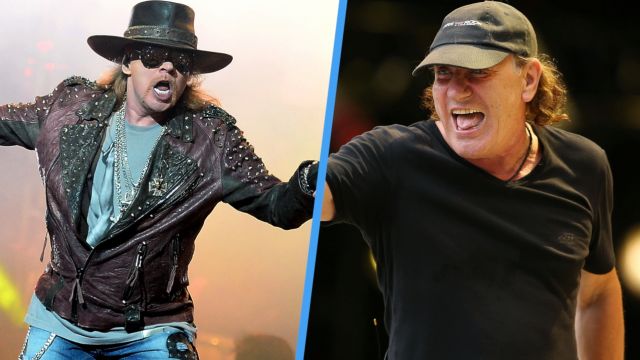 It's AC/DC with a Guns N' Roses twist.

AC/DC lead singer Brian Johnson is stepping aside after a doctor reportedly told him to immediately stop touring or risk permanent hearing loss.

AC/DC made the move official with a post on their website Saturday night, also unveiling the list of rescheduled European tour dates. The band has yet to announce the makeup dates for 10 canceled shows in the U.S.

Rose's temporary addition to AC/DC comes as a bit of a surprise as he's also dealing with some health-related issues.

Rose is currently recovering from a fractured foot. He appeared with Guns N' Roses at Coachella on Saturday but remained seated throughout the two-hour-plus set.

Guns N' Roses also has a U.S. tour of their own that Axl Rose is expected to be at.

That tour schedule shows a break from now until mid-June. Rose will tour with AC/DC for the time being in Europe. The Guns N' Roses' tour schedule is expected to resume June 23 in Detroit.